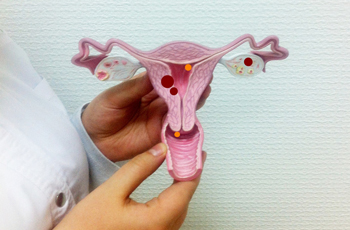 Dysplasia of the cervix can be considered a fairly common gynecological disease.

Hearing a similar diagnosis, many women, of course, are very worried and frightened. After all, the disease is really very dangerous, because it is a harbinger of oncological pathology. Every year, according to studies, about 300,000 women die of cervical cancer, and another 500,000 make a similar diagnosis.

But the possibilities of modern medicine can overcome the disease. The main thing is to trust doctors, not to self-medicate and not to waste time studying materials on the Internet and comparing your illness with the stories of acquaintances and relatives. After all, any disease is easier to treat at the initial stage.

Most often, the cause of cervical dysplasia is the human papilloma virus (almost 90% of cases). It has 60 varieties, but only a few of them can give impetus to the progression of oncological gynecological pathology.

Other causes of cervical dysplasia:

The danger of the disease is that at an early stage of development, there may be no symptoms at all. There is also a hidden form when a woman learns of a disease only after a preventive examination (10% of cases). Any symptoms (discomfort, itching, unpleasant odor, discharge) begin to appear only after the attachment of a bacterial infection. That is why it’s important to visit a doctor regularly and take tests in time if necessary.

Stages of development of the disease 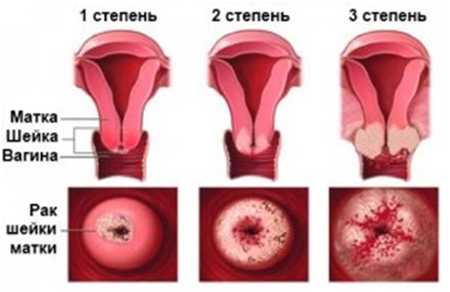 The choice of method depends on many factors: the stage of the disease, the age of the patient, the size of the lesion, the presence of other diseases. In any case, doctors do everything possible to ensure that even after the treatment the woman, if desired, could become pregnant and give birth to a healthy child.

Therefore, do not panic — dysplasia of the cervix can be successfully cured at any stage.

The main thing — if you have any unpleasant sensations or symptoms immediately go to the doctor, and also once a year undergo preventive examinations.

Consultation of a gynecologist is possible by appointment.
In the Center for Progressive Medicine «AVICENNA MED» you can make an appointment by calling: